Recently saffron has become regarded as the super food for the eyes. If you look up eye supplements on Amazon.com or other sites, you are bound to find some containing saffron.

However, it is very easy to get carried away with the hype without looking carefully into whether there is any scientific basis for this excitement.

Is there evidence that saffron actually benefits the eyes? Are taking saffron supplements better or just as good as eating fresh saffron?

Please read on as I will explain the benefits of saffron supplements for the eyes and back this up with the scientific results we have so far on this super spice.

How Did This All Start?

Saffron is a spice originating from South-West Asia. It has long been known for its health benefits (it has anti-oxidant and anti-inflammatory properties) but not until quite recently has it been thought beneficial for the eyes. 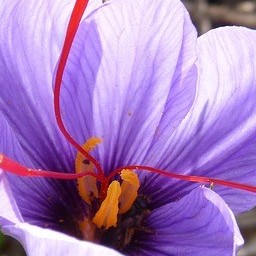 It is the original ‘posh spice’ of the spice family because it is the most expensive of all the spices! This is because the red stigmas are hand-picked from the flower. The stigmas are the red twig like part of the flower as shown in the picture here.

I have read that it takes up to 220,000 of these flowers to produce 1kg of the dried product! That’s a lot of hand-picking!

A team of researchers led by Professor Silvia Bisiti at the University of L’Aquila in Italy had some exciting results after two trials using saffron supplements.

The first trial in 2010 consisted of 25 participants suffering from early onset Age Related Macular Degeneration (AMD) over a period of three months.

For part of the study, about half of the participants took a placebo (unbeknown to them; it was a blind study) and the other part, they took a 20mg saffron supplement. The rest of the volunteers did the same but in reverse order.

The results pointed towards saffron having the potential to slow or even reverse Age Related Macular Degeneration and enabling damaged cells in the eye to recover. The researchers found improved retinal flicker sensitivity.

It was reported regarding the results:

‘They provide important clues that nutritional carotenoids may affect AMD in novel and unexpected ways, possibly beyond there antioxidant properties.’

This was applicable to both ‘wet’ and ‘dry’ versions of AMD.

The follow up study looked at whether the benefits found in the initial study would continue if the use of saffron supplementation was used over a longer period. This time there were 29 participants. The same quantity of saffron was used (20mg) over an average period of 14 months.

The short answer to the question was, ‘yes’ the benefits achieved after taking the saffron supplements after the three-month period, were still there.

In addition, the mean visual acuity increased by 2 lines of the snellen chart (the eye test chart).

Sounds amazing, doesn’t it? But again let’s not get carried away…

The Limits Of The Study 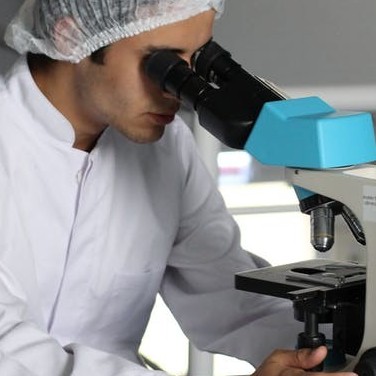 It was a very limited study. As I said, only 54 participants took part in both trials. It was for a limited period as well: the first trial only 3 months and the follow up over an average period of 14 months for the participants.

The researchers accept this is only a preliminary investigation into the effect of saffron on the eyes.

The research (read more here) recorded that the:

‘mechanisms by which saffron exerts its neuroprotective action on retinal cells are complex and still under investigation’.

But the researchers surmised that it worked by:

Which I think in layman’s terms means that saffron stops the retinal cell from pressing the self-destruct button!

In the study the volunteers took 20mg of a saffron supplement per day. I can find no explanation as to why a supplement was taken rather than fresh saffron. The supplements were provided by Hortus Novus for this study. Although the researchers say they did not receive any monetary benefit from using these particular supplements.

I assume the reason why supplements were used over fresh saffron was because it is easier to conduct the experiment when the amount of saffron used by every participant was clearly quantifiable.

You will find on social media some claiming that taking fresh saffron in tea will result in you throwing away your glasses. I can’t find any proof that this can or has happened.

The recipe for this (to be taken a few times a day) is:

– some honey to sweeten the tea. 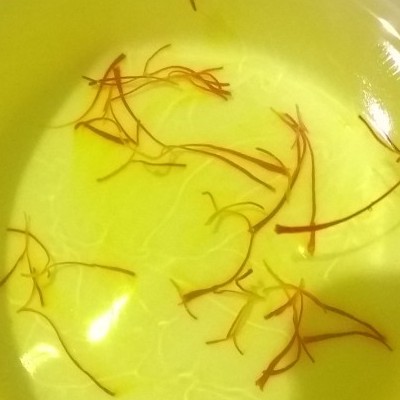 However, as I said I can find no scientific proof that this actually works. Getting fresh Saffron is a pain to get anyway. I find that not many supermarkets stock it and those that do charge a high price for a small amount.

Contrastly, saffron supplements can be obtained easily on line. While not cheap, I suspect they would work out cheaper than the same quantity of fresh saffron.

If you have tried the saffron tea and have seen some positive effects on your eyesight, please let me know!

How Does It Compare To Other Eye Supplements?

The AREDS2 formula is scientifically proven to slow progression in intermediate to advanced dry AMD but no evidence that it prevents AMD or stops progression from early to intermediate dry AMD. The supplements have no effect on wet AMD either.

You can read more about the best supplements that contain the AREDS2 formula here. Essentially, though, the formula contains 10mg of lutein, 2 mg of zeaxanthin and large doses of vitamins C and E, zinc and copper.

The Waterford Institute in Ireland found a supplement containing lutein (10mg), meso-zeaxanthin (10mg) and zeaxanthin (2mg) improves macular pigment density in the eyes, provides higher perception of the colours yellow and blue and improves night vision. This was another study looking at the effects of supplements on those with AMD.

The Institute looked at the impact of this supplement on those suffering from AMD. The results showed that 40% of those who had volunteered in the trial had a clinically meaningful improvement in there vision after a period of 24 months.

You can find some supplements that combine both 20mg of saffron with the caretenoids lutein, meso-zeaxanthin and zeaxanthin which must make a powerful combination.

So what saffron can offer the eyes affected by AMD is potentially (until further tests can confirm it) life saving for them especially if combined with the caretenoids lutein, meso-zeaxanthin and zeaxanthin that were used in the ARED2 (minus the meso-zeaxanthin) and Waterford Institute trials.

Saffron Is Worth A Shot

The hype can’t be relied on. It appears it is too soon to say that saffron supplements will have the same effect with all AMD sufferers. Let’s hope it does. However, that is not to say there are no accounts of people taking saffron who are having amazing results with saffron supplements already.

See below a You Tube Video of a woman suffering from AMD who describes the life changing effect taking saffron has had on her eyes.

I think it is worth a go. I am going to buy some and I will report back on how I got on! I don’t have AMD by the way, but I am interested in how it may benefit my eyes generally. Will it boost my eye vision and/or help with eye strain? I don’t know.

There are no known side effects of taking saffron supplements (I’m not a doctor though so if you have any medical conditions or allergies, please consult your doctor first) so for me if I purchase them and they do not benefit my eyes, I have just lost the purchase price. However, there are the general health benefits of taking saffron anyway. So I can’t see how I would lose out.

What I find puzzling is why opticians or eye doctors are not making the potential benefits of taking these types of supplements more well known. While the supplements can’t be described as a miracle cure for AMD, surely they are worth a try. After having AMD for about two or three years, the full damage to the affected eye is done.

Doctors at the Moorfields hospital in London have found a way to use retinal implants for AMD sufferers and trials have proved effective. Sadly, it will probably be years before these implants become widely available. So for now we only have the supplements to combat AMD (and injections into the eye for the wet version of AMD as well!)

If you have any questions arising from this post, please leave a comment below and I will come back to you.

10 thoughts on “What Are The Benefits Of Saffron Supplements For The Eyes?”