Dry eye is an uncomfortable and sometimes painful condition. You can read about the possible causes here. Yes, there are over the counter ‘remedies’ like eye drops but these often only provide temporary relief.

So is there a long-term solution?

Fish oil (or the Omega 3 fatty acids contained in the oil) is touted as very beneficial for general health. For example, it is known to be good for lowering cholesterol and blood pressure. But does it have a positive effect on the eyes as well?

Read on if you want to find out if taking fish oil is worth a shot at combating this often painful condition.

What Is Fish Oil? 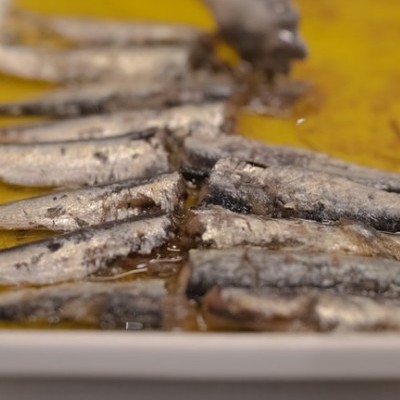 Well, unsurprisingly It is found in the tissues of oily fish. That’s fish such as mackerel, sardines, tuna and herrings. So not found in all fish. If you have thought you were getting your weekly portion from fish (if that being cod) and chips, you might be disappointed at that.

You are eating fat essentially. So some fats are healthy after all!

Is Omega 3 From Fish Oil Better Than From Other Sources?

It is true that Omega 3 can be sourced from other food. For example, flax seeds, walnuts and flax seeds are all rich in Omega 3. So that’s great news for vegetarians and vegans or for those who just can’t stand fish.

However, there is a difference.

The Omega 3 from these plant sources generally comes from alpha-linolenic acid (ALA) which needs to be converted by the body into other acids (eicosapentaenoic acid (EPA) and docosahexaenoic acid (DHA)) for it to have the same benefit as Omega 3 from fish oil.

The trouble is the body is just not great at doing the conversion from ALA to EPA and DHA. Only small amounts of ALA convert to these other acids.

So a packet of, for example, flax seed may say ‘high in Omega 3’. You may then think to yourself “this is high in Omega 3 so I’ll eat this to get my source of Omega 3 instead of fresh fish or a fish oil supplement.”

But its benefit to the body will be in actual fact be a lot less than by eating fresh fish or a fish oil supplement.

The Omega 3 in fish oil, on the other hand, contains EPA or DHA so none of the benefits are lost in conversion!

Is There an Omega 3 Plant Based Alternative?

Having said that, due to the rapid increase demand for plant based food products these days, new products are emerging containing high doses of EPA and DHA.

For example, you can now obtain Omega 3 (which is high in EPA and DHA) from algal oil. This is sourced from algae where the fish got the Omega 3 in the first place! 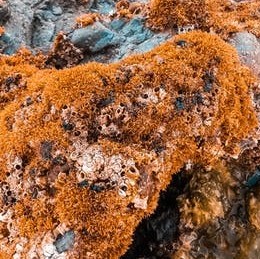 Which Is Better: Fresh Fish Or Fish Oil Supplements?

Generally it is believed that Omega 3 is better absorbed from fresh fish rather than taking supplements.

The World Health Organization (WHO) recommends one or two portions of fish a week.

Fish caught in the wild rather than farmed fish is recommended if you have the choice.

But what if you just don’t like fish or you just don’t eat fish that often? If that is the case, the next best thing is to take a fish oil supplement.

By taking it on a daily basis, at least you know that you are maintaining the body’s Omega 3 levels on a regular basis. Also, you will find that a lot of the product manufacturers have filtered the Omega 3.

There is concern that due to pollution in the seas, eating too much fish may lead to an increase of mercury into your system which is not a good thing. So if your supplement has been through a filtering process then at least you have that assurance that any harmful material has been extracted.

The Recommended Dosage In A Fish Oil Supplement

A 500mg capsule containing 325mg of EPA and 175mg of DHA was the dosage used in scientific research (see below). Not all supplements contain these amounts so check the packaging before buying. See how it varies in the 2 products listed below:

1.  Pharmekal Omega Krill contains 320mg of EPA and 136mg of DHA. So near enough the dosage used in the research.

2. Dry Eye Assist by Eagle Eye Sciences contains a whopping 600mg of EPA and a substantial 400mg of DHA

If you are looking for a vegan option, the amounts tend to be lower but not by much. Consider these two below:

Is There Scientific Research To Back This Up?

Yes, there was a study carried out in 2013. There were 518 participants. Half were given an Omega 3 capsule (500mg containing 325mg of EPA and 175mg of DHA) and the other half were given a placebo.

After three months, 65 per cent of those who had been taking the Omega 3 had improvements as opposed to 33 per cent who had taken the placebo.

While this was a limited study, the following comments were made by the researchers:

‘Omega 3 fatty acids modulate the inflammatory process in the body and nutritional supplementation may have a promising role to play in dry eye’.

‘Omega 3 acids have a definite role for dry eye syndrome’

The research did note that the benefits were more marked for those suffering from dry eye as a result of blepharitis and meibomian gland disease and more research was needed to see how Omega 3 effects the tear production and secretion.

So while we have to be cautious about saying that fish oil is the miracle cure for dry eye, this limited study does show some positive results and definitely something to try if all the other alternatives are not working.

Are There Alternatives To Fish Oil?

I have found other supplements have been beneficial in lubricating the eye.

I have taken supplements containing zeoxanthan and meso-zeoxanthan for four months, I found that my eyes felt a lot more ‘watery’ and less dry as a result

These compounds are found in the eye.

I believe by supporting the eye with these nutrients it can become healthier (especially if you have not been consuming these nutrients as part of your diet) and can do what it is meant to do: produce those soothing tears.

As I said in my previous post, dry eye syndrome can unfortunately be something more complicated than a lack of tear production. There could be an anatomical or physiological issue. So any amount of fish oil or supplement won’t remedy that.

Give Fish Oil A Try

So fish oil is something to give a go if you are suffering from dry eye which is as a result of a lack of tear production or eye condition not linked to a physiological condition.

It goes without saying, but I will say it anyway, see your eye specialist first for treatment for any eye conditions.

Thank you for taking time to read this post. If you have any queries or have your own thoughts on fish oil supplements, having taken them yourself, let me know and I will respond to you.

8 thoughts on “Does Fish Oil Help With Dry Eyes?”